Dylan Ratigan Out As A Host At MSNBC

Dylan Ratigan Out As A Host At MSNBC 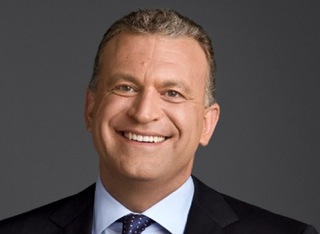 MSNBC host Dylan Ratigan is leaving the network at the end of the month, the New York Times reported this evening. Ratigan, who hosts the 4PM hour on weekdays and focused often on the power of money in politics and corporate dominance, told Brian Stelter that he was leaving to “put into practice what he has talked about on TV.”

Ratigan will be replaced at the 4PM hour by Martin Bashir, leaving the 3PM spot open and, the report further notes, MSNBC says they “may try out an ensemble of hosts and contributors.” These changes happen on June 25th. Ratigan said he needed to “dismount” and start a “new script”:

“Once you’ve said your piece, you can either keep saying it — and then it’s a job, good job, pays well, everybody knows your name, it’s great — or you can decide what you’re going to do about it,” he said. “And the answer is, I don’t know. But I do know, in order to figure it out, I have to dismount.” […]

“Think of it like ending a Broadway play,” Mr. Ratigan said, referring to a “three-year run.”

He added that he would use his website to continue broadcasting, planning to “meet with tons of people, learn from tons of people, and then figure out a way to take the narrative I’ve been talking about, and show the most effective ways to resolve it.”