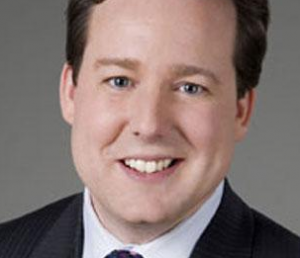 Ed Henry, CNN’s chief White House correspondent, has announced he’s leaving the network. In an email to CNN staff, Henry says he’s “landed a terrific opportunity elsewhere that I am absolutely thrilled about,” but does not say where he’s headed. Fox News confirms to Mediaite Henry will join the network as chief White House correspondent, following his colleague John Roberts, who left CNN for Fox back in January.

Henry’s contract with CNN was up. In a short statement, CNN says “we thank Ed for his contributions and wish him the best. We will be naming our new chief White House correspondent in the coming days.”

Henry’s move adds another big name to the shifts among the Washington press corps, with Norah O’Donnell‘s move from MSNBC to CBS announced last week.

It was only a few days after I started on the White House beat in 2006 that I shouted a question in the Rose Garden about Donald Rumsfeld that led President Bush to now famously declare, “I’m the decider.”

I will never forget that day. But it was just one of many thrilling moments on this beat for CNN, which makes my decision now to leave this network so difficult. It would be easy to say good-bye if I didn’t care about the people or the mission, but I am still a passionate supporter of both.

So after seven years at CNN it is bittersweet for me to say I’ve landed a terrific opportunity elsewhere that I am absolutely thrilled about. But first I just want to say thank you for what has been a wild ride for me, from the beginning of my tenure when I was in the anchor chair when Robert Novak walked off-set — right up until the night a few weeks ago I raced from a Capitals playoff hockey game to the White House to report through the night on the killing of Osama bin Laden. I’m still getting grief for the polo shirt I wore on the North Lawn that night but what can I say, I was trying to Rock the Red.

Before I depart at the end of the week, I want to express my deep appreciation for anchors like Wolf Blitzer, Judy Woodruff (CNN Emeritus), Candy Crowley, John King, Anderson Cooper, Ali Velshi, Kyra Phillips, TJ Holmes, Don Lemon, Robin Meade and so many others who have made me a better journalist.

More importantly, I want to thank the real stars around here — all of the amazing producers and photojournalists here who have made me not just a better journalist, but a better person too.

To some people, our former Washington Bureau Chief David Bohrman is remembered as a tech wiz who rolled out Magic Walls and holograms — not to mention that shelf full of Emmys and Peabodys. I prefer to think he’s best known for making ME his first hire in Washington when I left Roll Call!

David left behind big shoes to fill but the talented Sam Feist will take things to whole new heights. Trust me though when I say the secret to Sam’s success in the days ahead will be the person who runs our newsroom, the classy, hard-working friend I have named Edith Chapin.

But Bohrman might never have hired me if Wolf had decided to sleep in on the campaign trail early in 2004. True story: Wolf found himself exercising in a New Hampshire hotel gym next to Roll Call’s Mort Kondracke. As Wolf tells it, while he was on a treadmill he pressed Mort on whether I was ready to make the jump to TV and next thing you know a long-stalled personnel move at CNN was unstuck and I was hired as the new Congressional correspondent. Thanks to Wolf — and Jim Walton too — for taking a chance on a kid from print. I also owe a big debt of gratitude to the rest of the WolfPack.

King is a reporter’s reporter and it has been an honor to be one of the go-to people for he and Michelle Jaconi, first at State of the Union and then at JKUSA. John may not remember this but back in March 2004 his advice about transitioning from print to TV included this: “Listen to your cameramen. They’ll tell you when you suck.” His point was the photojournalists have seen it all and can tell when a reporter genuinely has new information or is just going through the motions — so check your ego at the door and listen to their feedback.

John could not have been more accurate about the photojournalists’ knowledge — or their willingness to tell you you’re awful! I kid because the banter and friendships with the photojournalists has been awesome, starting with the guys who did my very first live shot, Khalil Abdallah and Martin Dougherty. I love them, and every single other PJ I have worked with throughout the world, including the gone-but-never-forgotten Jerry Thompson.

I found the same kind of selflessness where I started on Capitol Hill. I didn’t win the Dirksen Award on my own — it was because of the hard work of Ted Barrett, Steve Turnham, Deirdre Walsh, Laura Bernardini, Evan Glass, and Craig Broffman.

And the standard of excellence was just as high in the White House unit, where I won the Merriman Smith Award because of great people like Steve Redisch, Tim McCaughan, Stacia Deshishku, Emily Schultze, Becky Brittain, Jamie Crawford, and Julian Styles. A special word about my primary producer Shawna Shepherd — she has been indispensable and invaluable every day of our time together and I adore her. Dan Lothian is a consummate professional and a trusted partner. My only regret about my new opportunity is it does not allow me to spend more time working alongside Brianna Keilar — the future is so bright for her.

Covering two presidential campaigns for CNN was great fun, especially because of remarkable friends throughout the entire political unit, especially Mark Preston. And then there’s Paul Steinhauser, the producer who was talking into my earpiece when Novak walked off. After saying “oh my God” and some other things I can’t repeat, Paul delivered the most terrifying news: “Ed, sorry but you have three more minutes until the next commercial break.” Somehow James Carville and I stalled.

Candy is such a class act, so getting to fill in for her on Sundays has been a highlight, not to mention working with her team led by the truly legendary Tom Bettag.

I have been lucky to work with a terrific group of correspondents in DC but a special mention of Dana Bash. She warned me to think twice about getting into this crazy business over dinner at DC Coast oh so many years ago. And as always her reporting and analysis of the situation were dead-on. And despite me ignoring that warning, she has been a cherished colleague.

Working with Anderson has been unbelievable, especially because of the remarkable Charlie Moore. And while I never thought I would say I enjoyed waking up at 4am, the team at American Morning is stellar. I could never forget the dozens upon dozens of people in Atlanta who have been so great to work with across all of the platforms of cnn.com and CNN Radio, as well as fabulous colleagues at CNN International, HLN, and CNN Espanol.

But forgive me for being biased when I say the absolute best producer in any bureau is Shirley Henry by a mile. Before I met her, she literally almost lost her life in Iraq doing what CNN does best — reporting on a story with immense global ramifications. I thank God every day he allowed her to survive so I could be lucky enough to eventually meet her and then convince her to be my own “executive producer” — the most loving wife and stepmother a man could ever have.

Last but not least — or perhaps least is the word I am searching for — there’s my pal Ali Velshi. There are no two guys I’d rather be covering a big story with — or heading to Atlantic City with — than Ali and our mutual friend Darius Walker.

Ali and I have had so much fun with “The Stakeout” segment — kudos to his executive producer Kelly Frank for that idea — I have been thinking maybe the Bromance is what I will miss more than anything. But I thought it over and realized — no offense to Ali — the truth is that it is really just one of many friendships here I will quite simply cherish forever. Kindest personal regards, Ed