Ed Schultz: Maybe Beck Talking About Health Will Get People to Rethink Obamacare

Ed Schultz: Maybe Beck Talking About Health Will Get People to Rethink Obamacare 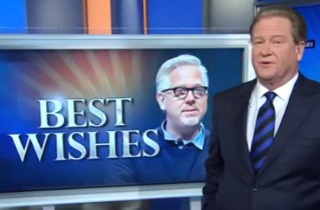 MSNBC’s Ed Schultz talked about Glenn Beck today and how he opened up about his personal health issues on his show yesterday. But in a moment flagged by The Daily Caller’s Alex Griswold, Schultz said that Beck’s story should get his fans to maybe reconsider their position on Obamacare.

It’s worth noting that Schultz had only positive things to say about Beck himself in the segment and took absolutely zero cheap shots at his expense. He praised Beck’s candor, media success, and his contribution to the national debate on health care treatment.

Schultz did, though, note how Beck had “access and opportunity” to get the best treatment possible, and brought the discussion back around to the Affordable Care Act:

“How do you say ‘no’ to your next-door neighbor because they have a pre-existing condition, maybe like the one Glenn Beck has?…

I’m curious about his motivation for sharing this illness with his viewers and people that basically are followers and worshippers of what the guy says and does. I hope that his story motivates those who think that Obamacare is bad, that maybe they will rethink the situation, that seeing a doctor and having it covered is paramount to a good life, to a chance at a good life.”

Schultz’s frustration did take over a bit, and he went on a bit of a rant against the GOP for politicizing health care.

You can watch the full segment below, via MSNBC: