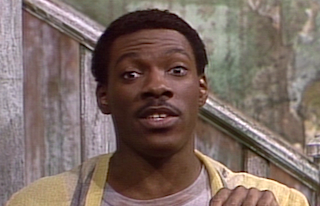 Eddie Murphy spent four seasons on Saturday Night Live before leaving in 1984 to become one of the biggest comedy movie stars of all time. Now, with the show’s 40th anniversary special set to air on Sunday night, February 15, he will be making his first appearance on the show in more than 30 years.

In a phone interview with NewsOne Now’s Roland Martin, Murphy confirmed that he will be appearing on next month’s special. Asked why he has never hosted the show over the last three decades, Murphy said, “It’s just timing. It just never worked out where the timing was right for me to do it.”

“They’re actually having a 40th anniversary I think in two weeks,” the actor added. “I’m going to that, and that’ll be the first time I’ve been back since I left.”

RELATED: Adam Sandler Explains Why He Will Never Host SNL

In 2011, when he was still planning to host the Oscars, Murphy told Ellen DeGeneres that he was finally open to hosting SNL. “I would go back if it was the right stuff, situation,” he said, explaining that he had been upset about how the show treated him in the years after he left.

“It was years ago. I don’t have any bad blood with that show,” he explained. “And that show is such a big part of my past. I love being part of it. Yeah, I wanna go back.”

Watch the full interview below, via TV One:

But which classic character will he recreate? We’re hoping for a “Mr. Robinson’s Neighborhood” sketch.