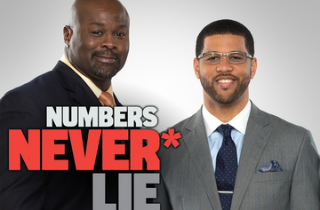 ESPN has fired Numbers Never Lie host and former NFL star Hugh Douglas after he purportedly called his co-host Michael Smith a “house n*gger” and an “Uncle Tom” during a drunken confrontation earlier this month.

During the National Association of Black Journalists Convention earlier this month in Orlando, Douglas allegedly shouted the slurs at his co-host.

Deadspin was the first to report on the incident:

Douglas was, again, very drunk. Lots of people were drinking, so this was less of a big deal, but then he started making some movements toward the stage at the club. … One person told us that Smith—who wasn’t drinking—told Douglas not to go up. It would be a mistake. Douglas apparently wasn’t in a state to be reasoned with. He didn’t go up there, but a few minutes later, Douglas was angry enough to finally tell Smith off.

“Uncle Tom,” Douglas told Smith, according to two people familiar with the altercation. Smith apparently did his best to ignore this. Shortly thereafter, Douglas had more words to say to Smith. He grabbed him by his arm. He threatened to beat him up. Some people, including security, had to break it up.

On Tuesday, Douglas was fired by ESPN after the network concluded its investigation into the incident that had become a media firestorm. The former defensive end confirmed his firing on Twitter, writing: “I am very disappointed to be leaving ESPN and will have more to say about this situation and my future at the appropriate time.”

No further details have emerged, but ESPN also confirmed the firing to Sports Illustrated.