‘Ethically Murky’: Josh Barro, MSNBC Hosts Outline How to Lie to Amazon to Get Parental Discount 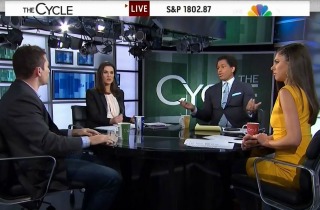 Slate economics blogger Matt Yeglesias sparked a firestorm of controversy when he wrote a post discussing the process of inventing a fake child in order to take advantage of Amazon.com’s discount for mothers. On MSNBC, Business Insider’s Josh Barro talked about how he replicated the process and how he does not believe it is unethical to lie to businesses in certain circumstances. “If a lie is told to a corporation, it’s not really a lie,” Touré declared.

“I think I’m a very good guy and very good fake parent,” Barro began. He discussed the process of inventing a child in order to sign up for an Amazon.com discount available to mothers.

“I don’t think it’s ethically murky,” Barro added. He said that Amazon.com emailed him and said that the company expects the majority of those taking advantage of this discount to be honest about their circumstances. Barro noted that that discounts like these are “price discrimination mechanisms” aimed at an already price-conscious demographic.

“Amazon’s not even really into making money, right?” Touré asked

“They’re not losing money, so they have time to go on doing this,” Barro replied.

“I still say even if it is a corporation that you’re lying to, it’s still a lie,” Krystal Ball submitted.