Everybody Needs to Calm Down About Katie Couric’s Editing Issue 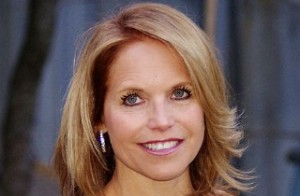 Let’s all take a deep breath about Katie Couric. In the spectrum of major news mistakes, what she did — while certainly not good — is hardly the most egregious sin. Fox News and other outlets have gone crazy bemoaning her unethical ‘fraudulent’ journalism. Even my colleague, Joe Concha (who I greatly respect and admire), penned her obituary saying “Couric, who turns 60 next year, may now be staring at the end of her career.”

Really? For an 8 second editing issue, that wasn’t even her doing? For something, that during the screening, she apparently raised objections to? Most importantly, for something, that she has now apologized for, and is clearly ashamed of? “I regret that those eight seconds were misleading and that I did not raise my initial concerns more vigorously,” Couric said in a statement.

Let me underscore: I do not think what the documentarians did during the editing process of Under the Gun was defensible. It’s journalism (and even documentary) 101 that you should never manipulate somebody’s words when you edit. The editor and director should never have inserted an 8 second pause to make it look like the Virginia gun owners were stumped by Couric’s question.

But here’s the glaring reality: It happens and probably far more often than we even know. Case in point: Fox’s Sean Hannity. Do you remember when he edited President Obama’s speech to make it look like he was taking credit for a tax increase? Hannity conveniently left out “under the tax plan passed by the last administration” and cut right to Obama saying “taxes are scheduled to go up substantially next year, for everybody.” Howard Kurtz (who is now employed by Fox) even called him out for that one. That didn’t seem to put a “end” to Hannity’s career. In fact, his ratings have been doing just fine (just ask Donald Trump).

Just this February, Mediaite called out MSNBC’s Chris Hayes for butchering Bill Clinton’s quote to make him “slam” Obama. Clinton did no such thing, the former President praised Obama, in fact, saying “..the president has done a better job than he has gotten credit for.”  Hayes sort of apologized and that was that. We all moved on.

And, of course, there is Brian Williams, whose journalism “no-nos” went far beyond a deceptive edit. Williams blatantly fabricated being hit by an RPG while covering the Iraq War. He arguably disrespected the real Americans who were actually fighting. That deception came out of Williams’ own mouth, not from the slash and cut of the editing room floor. Where is he now? Sure, he made an embarrassing apology and got some time in the time-out chair, but he is back at it now. He is now MSNBC’s go-to-anchor for breaking news, and many of other big stories.

Couric could have, and should have raised more objections. But, as Matthew Ingram aptly pointed out in a Fortune magazine article, the reason this mistake is getting so much attention is because “she unwittingly gave more ammunition to conservative critics of the liberal media.” Her producers say it was done for “dramatic effect” to keep the viewers engaged. I certainly hope no news producer would ever have done something to enhance the drama. Did she take too long to apologize? Yes. Is this some reflection on her career as a whole? Absolutely not. Couric has helped pave the way for female journalists like myself. She was the first woman to ever sit in the CBS Evening News anchor chair. She has won countless awards, including two Edward R. Murrow Awards. She deserved those awards and this does nothing to minimize any of those well deserved accolades.

I know in this highly politicized media environment its difficult, but let’s just try to put this mistake in perspective.