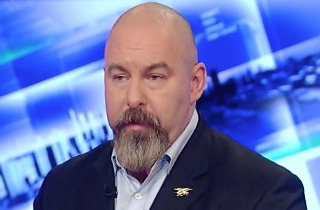 Jonathan Gilliam, a former Navy SEAL, spoke out on Fox News tonight criticizing the SEAL who shot Osama bin Laden, Robert O’Neill, for speaking out and publicly divulging classified information. Megyn Kelly asked Gilliam why he thinks this man “needs to be prosecuted and dishonorably discharged.”

Gilliam said he’s not really condemning him or Matt Bissonette, the other member of SEAL Team 6 who came forward and opened up about the raid. He’s just concerned about a Washington culture of giving out classified information when it shouldn’t be, even going so far as the White House in assigning blame.

But as for his issues with the SEAL who shot bin Laden, Gilliam said he’s been giving out information “that should not be revealed,” and even if he wants to give families closure, that’s not his job.

And furthermore, Gilliam said, the rest of the team probably “doesn’t want that stuff getting out.”

On his Tumblr last week, Gilliam had this to say about him:

When it comes to the “SEAL that shot Osama Bin Laden,” I see someone that is seeking to prosper off his knowledge and involvement in a classified operation. And for that, he should be punished. I see a self indulging operator that has no regard for the safety of his family or fellow Teammates. I also see a member of a Team, SEAL Team SIX, that has outgrown its position. The SEAL Teams were created to be covert and secretive, and by and large the SEAL Teams have remained that way. With the exception of one Team, SIX.