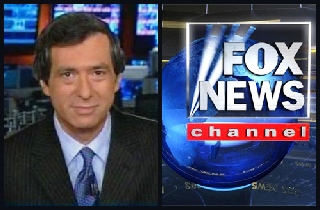 Mediaite has learned that Fox News is expected to announce today that Howard Kurtz will join the network.

Kurtz is currently the anchor of CNN’s Sunday morning media criticism show Reliable Sources. He has also held positions as the media columnist for The Washington Post and then Washington bureau chief for the The Daily Beast.

UPDATE: Fox News has made it official.

Beginning July 1st, the network said in a press statement, Kurtz will anchor a version of what is now called Fox News Watch, which airs Saturdays on the network. He will also serve as an on-air analyst for the network throughout the week, in addition to writing a regular column for FoxNews.com.

Jon Scott, the current anchor of Fox News Watch, will move to the specials unit, serving as an anchor for that programming.

Of the hire, Fox’s EVP of News Michael Clemente said:

“Howie is the most accomplished media reporter in the country. He’s also a master of social media trends, information good and bad, and a veteran political reporter. Altogether, he will add even greater depth to a very accomplished team of reporters and anchors.”

“I’m excited to be bringing my independent brand of media criticism to Fox News. I want to thank CNN for giving me such a prime opportunity over the years and was tempted to continue, but the chance to create a revamped program and establish a strong online presence was too good to pass up. I hope to add a new dimension to Fox’s coverage and have some fun while diving into the passionate debates about the press and politics.”