Fact-Check or Die! Why News Media Survival Depends On Checking The Facts

Fact-Check or Die! Why News Media Survival Depends On Checking The Facts 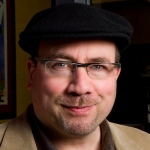 In tradition, trust in news media was established by ethical behavior, like good intent backed up by checking the facts.

Distrust in the press grows when traditional journalistic values, like fact-checking, are forgotten. Needless to say, the past few years have seen a decline in trust in the media, with people citing inaccuracies, biases and special interests as factors undermining credibility.

Fact-checking is a lot of work and frequently expensive, and in today’s media environment, there are a few cases where it’s done in good faith. The examples I know about are The New Yorker and Consumer Reports.

For a while, two groups which have done really good work, trying to restore this tradition, are FactCheck.org and also PolitiFact.com. Even when I disagree, usually regarding excessive literalism, I see they’re doing good work. (As a nerd, I should be the excessively literal one.)

Recently, a genuinely big-deal traditional journalism guy, Jay Rosen, suggested that the Sunday morning political talk shows start fact-checking their guests, big politicians. This sounds great; I talk to a lot of reporters who are frustrated when they know their guests aren’t being real honest.

Jake Tapper, on This Week on ABC, has taken up the gauntlet, and engaged PolitiFact to do the right thing, with promising results. I’m impressed, and now take the show seriously.

On the other hand, the folks at Meet the Press, have the opposite take, and prefer to enable career politicians to get away with all kinds of stuff. A group called MeetTheFacts.com is trying to convince them to do the right thing, even adding a Facebook fan page.

MeetTheFacts is also experimenting with fact-checking themselves.

This is a promising trend, and I feel that it’s a survival strategy for news media. Trust is required to survive, and there’s a window of opportunity now for restoring trust, won’t last forever. The winners will be serious about fact checking.

(Disclaimer: because of their really good work, I’m involved with both Consumer Reports and also with FactCheck.org.)

Craig Newmark is the founder of craigslist.org, and works with a wide range of groups using the Net to help each other out, like Donorschoose.org, the Iraq & Afghanistan Veterans of America, Kiva.org and Consumer Reports. He’s on the advisory board of Wikipedia and is also actively engaged with government workers to use the Net for superior public service, and with Sunlight Foundation for government accountability and transparency. You can reach Craig at twitter.com/craignewmark, facebook.com/craignewmark, or cnewmark.com.