Fans of CNN’s Kiran Chetry Rejoice! She Will Be Back on the Air Wednesday Morning 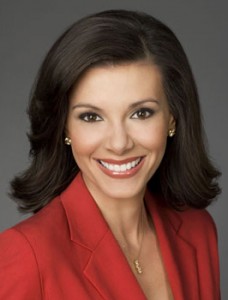 Apparently, CNN’s American Morning anchor Kiran Chetry has a loyal fan base, and they were a little bit worried about her after a two-day absence. Upon seeing weekend CNN Newsroom anchor TJ Holmes filling in for Chetry Tuesday morning, a bunch of them rushed to the internet to find out “What happened to Kiran Chetry?”

We’re happy to report that Chetry was just enjoying a long weekend off, and will be back on the air Wednesday morning.

The real story here, of course, is those dedicated fans. As I was checking  Mediaite’s traffic this morning, I noticed something very unusual. A four-month-old post about Kiran Chetry was trending as the number 5 post on Mediaite, a very unusual occurrence. The traffic was being driven by Google searches of “Kiran Chetry,” and “What happened to Kiran Chetry?”

Intrigued, I tried to find out. Her Twitter feed indicated that she was enjoying some R&R in Punta Cana, and that she hoped to return by Tuesday, but it hadn’t been updated in awhile. I contacted CNN, and their spokesperson told me that “Kiran is back tomorrow weather permitting. She took a long weekend that was scheduled PTO.”

Finally, Chetry updated her Twitter feed to advise that she’s back home, despite the weather, and will, in fact, be back on the air Wednesday morning.

Hopefully, it warms Chetry’s heart to know that her fans are so concerned about her, and perhaps, CNN will take notice. Such grassroots fandom is the stuff that superstars are made of.