Fantasy Programming: Here’s What The New View Cast Should Look Like

Fantasy Programming: Here’s What The New View Cast Should Look Like 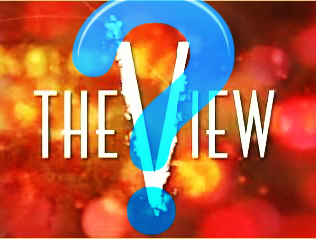 They say the only constant in life is change. This is particularly true lately on ABC’s The View, which has always experienced turnover (13 different cast members since going on the air in 1997 despite being arguably the easiest show to work on-air on in TV). But losing three cast members in the span of about a month is something the once-dominant show has never seen before.

The solution? Clean house altogether. Barbara Walters semi-retired from TV at age 84. Jenny McCarthy and Sherri Shepherd are thankfully done as well, leaving the suddenly unfunny Whoopi Goldberg left. If the show wants to reverse its ratings downturn (down 19 percent among women in the key demo this season), introducing an entirely new cast is the only way to go.

So in following the tough first act that is Mediaite’s Matt Wilstein’s thoughts on who could replace McCarthy and Shepherd, here’s my own Dream Team:

Replace Whoopi with: Robin Quivers. A broadcast veteran and one who has never been shy about sharing her opinions on the Howard Stern Show for over three decades, Robin should have been sitting at this table a long time ago. Intelligent. Informed. Witty. Not over-the-top. Single. And as Howard would definitively tell you, the perfect complement to any cast.

If Robin declines: Double whatever the offer is.

Resident conservative: Ann Coulter. Say what you will about the 52-year-old Coulter (and some of you absolutely will in the friendly comments section), she generates emotion and reaction regardless of venue (Fox, CNN, Bill Maher). And she shares her conservative candor without taking herself too seriously by always doing so with a smile. She’s the Howard Cosell of political and cultural commentary: You either love her or hate her, but most always stop to hear what she has to say… and regardless of perspective, it’s usually outlandish and/or unique.

If Coulter isn’t available: S.E. Cupp (CNN). Can do politics, pop culture, possesses this rarity in cable news called an effective sense of humor. If no S.E.: Nicolle Wallace (MSNBC). Former White House Director of Communications in the Bush 43 Administration and a refreshing regular on Morning Joe. Doesn’t have Coulter’s biting wit, sure, but could play the Hasselbeck role quite effectively regardless.

Liberal counterweight/Joy Behar 2.0: Sarah Silverman. Think Coulter (no filter), add some vulgarity and you’ve got Silverman. Is she too much for network TV? Not sure what too much even is anymore. Know this: With Silverman battling Coulter, you get one YouTube moment per day, which is what the show has been lacking lately.

Moderator: Craig Carton. Craig Carton. I know what you’re saying…Craig who? Well, he’s the host of a very popular morning drive radio show here in New York on WFAN-AM. Fearless. Chauvinistic (in a relatively harmless way). Brutally honest. And most importantly, not a phony. Fox News has employed the lone-male-vs.-multiple-females concept on its relatively-new Outnumbered at noon, so if the goal is to truly shake up a slumping show, adding an instigator (and a fresh face nationally) like Carton would be a bold–and smart–move.

If Carton says no: Katie Couric. Before you say she wouldn’t “lower” herself to this so-called level, keep in mind two things: Barbara Walters once hosted The Today Show, as did Meredith Vieira. Walters, of course, went on to moderate The View while Vieira went from the View to Today. And as Global News Anchor (“You stay classy, Planet Earth…”), that capacity isn’t exactly having her, well, globetrotting. Time isn’t at a premium. Katie needs a bigger platform, something Yahoo won’t have any issue with if cross-promotion is allowed. Most of all, Ms. Couric (57) will bring a little of that Walters gravitas back to some of the heavier discussions. Only question is: Are American women suffering from Katie fatigue at this point?

As mentioned in this space before, fantasy football is a passion of mine. As is fantasy programming. But The View cast above can be put together if the investment is made–and given the revenue the show has produced in the past and the high salaries recently dumped–ABC should have no problem breaking out the checkbook again.

The only constant in life is change. If any combination of the cast recommendations outlined above is offered up on the new View, the show can return to dominance once again. Guaranteed.

So what would your cast look like? Feel free to share in the friendly comments section below.