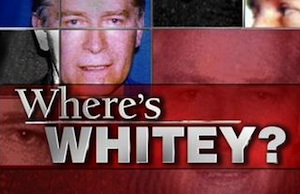 How did the FBI finally catch him, you ask? Well, they used an interesting plan of paying for television ads to air in front of women’s shows like The View in the hopes that a lady would recognize Bulger’s girlfriend from a beauty salon. Sounds outlandishly crazy, right? Well, Bill O’Reilly (or more to the point, his guest) reasonably thought so. And Rachel Maddow even “celebrated” the very campaign as “the best new thing in the world today.”

The folks over at TV Newser were the first to note their coverage and we’re delighted they did. Now that we have our awesome future knowledge, watching O’Reilly guest Howie Carr smugly mock the FBI’s ads is kind of hilarious, in retrospect. At the time, we must admit, we thought O’Reilly’s guest made good points and agreed with Ms. Maddow’s assertion that it really was “the best new thing in the world today.”

Watch the Maddow’s celebration of the campaign clip from Monday and the O’Reillys cornful clip from last night below: