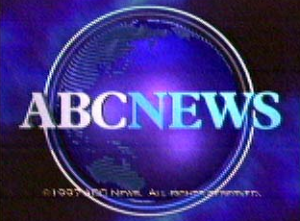 A declassified memo discovered by lawyer Jesse Trentadue, whose brother died in the Oklahoma City bombing, has revealed that, in the 90s, the FBI had considered a top ABC News journalist a potential informant in the wake of the bombing The unnamed journalist is described as having been cooperative in helping the FBI determine the confidential source of a tip sent in to the network.

According to the document, the journalist, who maintained consistent contact with the FBI between 1995 and 1996, told the FBI that the source was someone working within the Saudi Arabian Intelligence Service who had revealed that the Oklahoma City bombing was sponsored by the Iraqi Special Services. The memo says the name for that source was given by a CIA officer named Vincent Cannistraro. Cannistraro, however, said this week that he was “surprised that an ABC journalist had contacted the FBI and relayed the information, in part because it had not been corroborated and was just a rumor passing through Saudi circles.” He added that he had revealed the same information to the FBI himself, but that he had not authorized anyone at ABC to reveal the tip.

The Center for Public Integrity reports that the potential informant was kept on file for future consideration:

The ABC employee was even assigned a number in the FBI’s informant database, indicating he or she was still being vetted for suitability as a snitch after providing “highly accurate and reliable information in the past” and then revealing information the network had obtained in the hours just after the 1995 terrorist attack by Timothy McVeigh.

ABC News, while unsure of the journalist’s identity – he or she is described only as “a senior official employed by ABC News for over 15 years” – maintains that this person is likely not still with the network.

Addressing the myriad ethical concerns brought up by such a relationship, the FBI said that there are “strict rules in place to govern the handling of reporters and people in other sensitive professions as sources of information.” Furthermore, the memo suggests that it was the journalist who first reached out to a counterterrorism agent in New York City in 1994, although he or she chose not to reveal the source’s identity at that time.

Cannistrato described the memo as “interesting” and shared that, when he was at the CIA, there were rules against using journalists as sources.