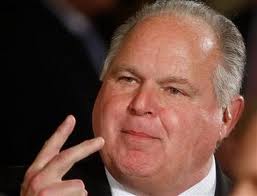 This week saw the symbolic culmination of a weeks-long shift in the political conversation in this country, from a referendum on the economy to an assault on women’s health care, in the persons of Georgetown law student Sandra Fluke and conservative media Kraken Rush Limbaugh. While many liberals have greeted Limbaugh’s apology for calling Fluke a “slut” and a “prostitute” with skepticism about the quality of the apology, they ought to be doing a jubilant, shoot-yourself-in-the-leg end zone dance (even as a Jets fan, I had to admit that was funny) over the fact that the normally untouchable Limbaugh was forced to apologize at all.

Republicans started out thinking that they were just tweaking the same old culture-war erogenous zones they always have, pitting the primacy of their own moral and religious convictions against the rights of women. In reality, they were facing a fully armed and operational Death Star, and they had no Admiral Ackbar to whirl and tell them “It’s a trap!”

A few weeks ago, the Obama administration thrust contraception into the spotlight by announcing that religious organizations would be given a year to comply with provisions of the Affordable Care Act requiring them to provide coverage for contraception to employees at non-religious institutions like hospitals. Initially framed as a matter of religious liberty (falsely, in my view), the President quickly announced a compromise that would exempt the religious organizations from paying for contraceptives, placing the burden on the insurance companies instead.

Along the way, the conversation shifted from “religious liberty” to women’s health, partially because Republicans continued to press the issue after the President removed religion from the equation, and partially because of then-surging candidate Rick Santorum’s retrograde views on the subject, elegantly expressed by Santorum benefactor Foster Friess‘ admonition that womenfolk ought to just keep their legs closed if they don’t want to get pregnant.

Then, there was the Republican-led hearing on the subject, which featured an opening panel of all-male witnesses, and which did not feature the lone witness for the Democrats, law student and activist Sandra Fluke. That hearing spurred a much-publicized walkout by several House Democrats, and further painted the picture of a GOP unconcerned with women’s health care, or with what they had to say about it.

The following week, Fluke was allowed to testify before a Democratic House committee, and was called a “slut” and a “prostitute” by Rush Limbaugh for her trouble. Limbaugh’s attack was based on several mistaken notions, not the least of which is this idea that the contraceptive mandate has to do with “free” contraception. It isn’t free. In Sandra Fluke’s case, she pays for health insurance, as does every other woman, in one way or another (either through premiums, or as part of their overall compensation). This is about having women’s preventive services covered by that insurance, the same way everyone else’s are. Can you imagine a “conscience exemption” that allowed a company to sell cars without seat belts to women?

He also seems to have missed the fact that Sandra Fluke’s testimony focused almost exclusively on the use of contraceptives for purposes other than birth control, the only exception being a mention of a married friend who had to forgo birth control because of the cost.

But then a funny thing happened. Rush Limbaugh is no stranger to liberal outrage and/or boycott threats, and neither are his advertisers. Pissing people off is his stock-in-trade. The fact that he kept up his attacks on Sandra Fluke demonstrates that he certainly wasn’t afraid this time. Then, he started actually losing advertisers. In a matter of days, he went from cockily doubling down, to issuing a self-described “sincere” apology to Ms. Fluke.

Now, there are certainly significant problems with Limbaugh’s apology, which might explain why early indications are it didn’t do the trick, but for the first time in my memory, Rush Limbaugh showed fear, fear that one of his constant provocations might actually hurt him. Ironically, the last time I remember Limbaugh apologizing was to me, and that certainly wasn’t out of fear.

At almost the same time, Virginia’s Occupy Vagina laws requiring women seeking abortions to undergo a mandatory vaginal probe passed both of that state’s legislative chambers, which sparked national news coverage, and a poignant silent protest in the capitol. Governor Bob McDonnell was forced to back down, saying he would not sign the law, but the damage to McDonnell was done. Also in this general time frame, conservative attempts to use the Susan G. Komen cancer charity to undermine Planned Parenthood were crushed by a swift, powerful backlash that claimed Komen VP Karen Handel‘s job, and which seriously damaged the organization’s credibility.

Women’s health care is clearly not just a losing issue for Republicans, it’s a devastating one, and their constant pleas of “Why are we talking about this?” indicates that they seem to realize this. However, just like throwing seeds at a vampire, Republican candidates just can’t seem to help themselves when asked a question about contraception. Perhaps the wake of destruction that the all-powerful vagina has left in its wake will finally convince them to seal their own lips, instead of worrying about everyone else’s.