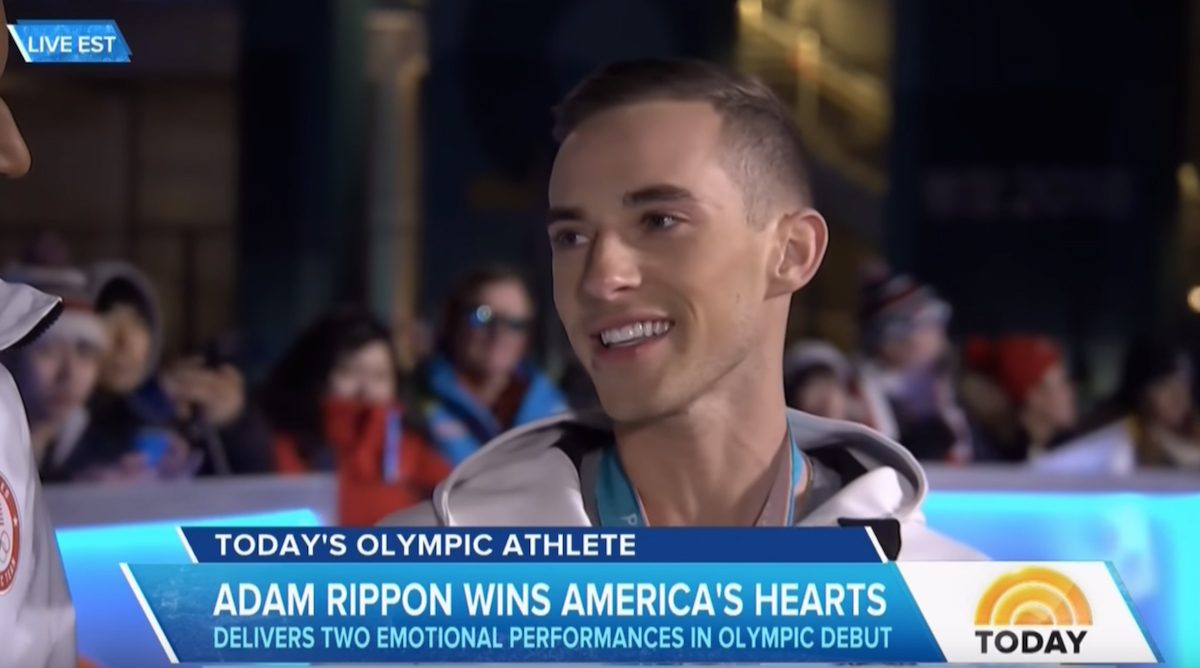 U.S. figure skater Adam Rippon has become one of the true breakout stars of this year’s Winter Olympic Games. He skated away with a bronze medal while, off the ice, he accepted a job with NBC as a correspondent on TV, digital and social media.

Well, we have some bad news for those of you hoping to see Rippon on your television screens daily. NBC jumped the gun a bit on that announcement, as Rippon has actually turned them down. Why turn down such a plum gig? He says it is because the job would require him to leave Olympic Village, thus forcing him to abandon fellow Team USA competitors when they need his support the most.

I am flattered that NBC wanted me to work as a correspondent for them here in PyeongChang. Doing this would require me to leave Team USA and move out of the Olympic Village. I don't want to do that so I had to declined the opportunity.

He wrote that he is “flattered NBC wanted me to work as a coorespondent for them” but that “doing this would require me to leave Team USA and move out of the Olympic Village.”

“I don’t want to do that so I had to decline the opportunity,” he wrote.

The medal-winning ice skater continued to explain why being there for his teammates is so important for him, in another tweet posted later.

I love being on Team USA and representing our country. My teammates were there for me during my events, and now I NEED to be there for them. I look forward to being with them, and I’m very excited for the rest of the competition. Go Team USA!!!

Rippon, along with mother Kelly Rippon, made news before the games even started for for his criticisms of Vice President Mike Pence, due to his views on gay rights.