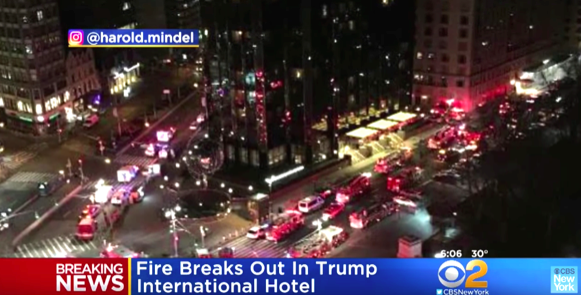 Fire erupted at the Trump International Hotel and Tower in New York City early Friday morning after a piece of machinery malfunctioned in an apartment under construction, according to various reports.

The luxury hotel and apartment tower along New York’s Columbus Circle is one of President Donald Trummp’s signature properties in the Big Apple.

The fire, which was brought under control around 5:30 a.m., caused a partial evacuation of the building, The New York Post reported.

One person has been treated for smoke inhalation, according to the Post.