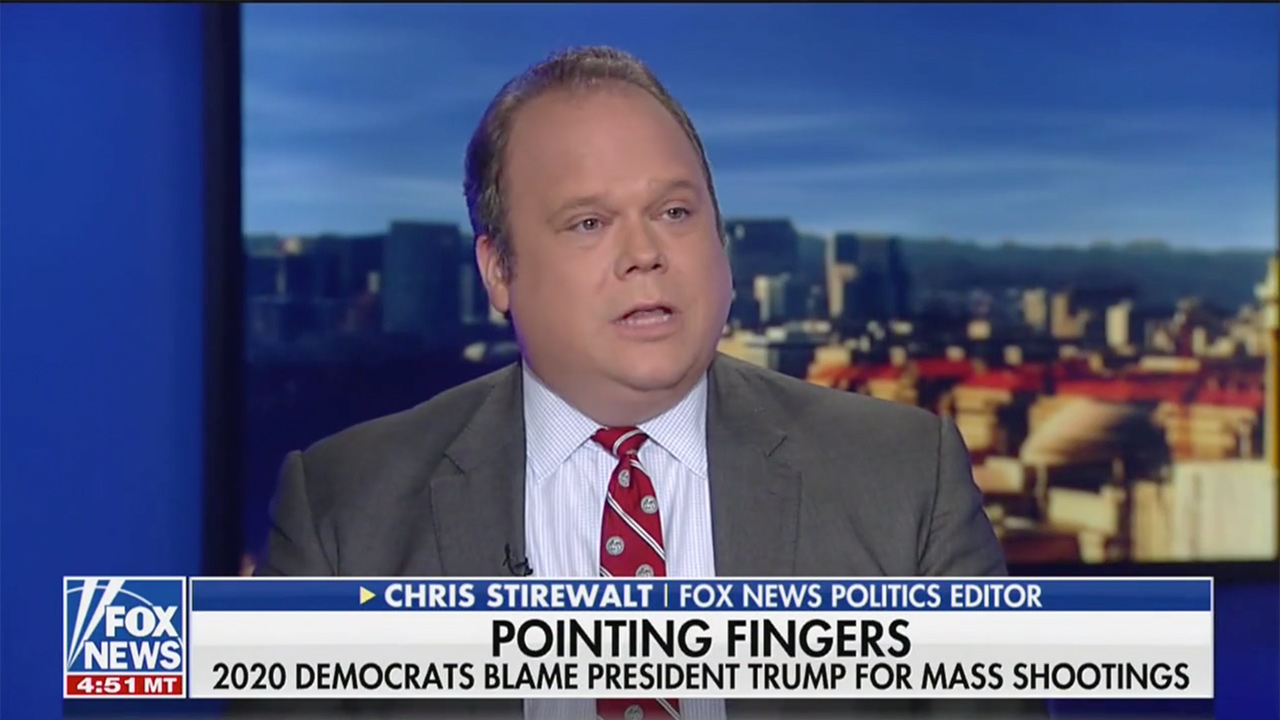 Former Fox News politics editor Chris Stirewalt is speaking out after his firing last week — defending the much-scrutinized decision to call Arizona early for President Joe Biden, and lamenting the media environment that produced a backlash to that call.

In an op-ed for the L.A. Times, Stirewalt stood behind the Decision Desk’s move to declare Biden a winner in Arizona before any other major outlet — a call that was vindicated by the final results.

“I was proud of our being first to project that Joe Biden would win Arizona, and very happy to defend that call in the face of a public backlash egged on by former President Trump,” Stirewalt wrote. “Being right and beating the competition is no act of heroism; it’s just meeting the job description of the work I love.”

Stirewalt went on to criticize the state of the media, noting that viewers are being given the news they want, not the news they need.

“Americans gorge themselves daily on empty informational calories, indulging their sugar fixes of self-affirming half-truths and even outright lies,” Stirewalt wrote. “As outlets have increasingly prioritized habituation over information, consumers have unsurprisingly become ever more sensitive to any interruption of their daily diet.”

The recently fired editor further argued, “While there is still a lucrative market for a balanced offering of news and opinion at high-end outlets, much of the mainstream is increasingly bent toward flattery and fluff.”

Stirewalt’s op-ed mostly served as a broad criticism of the fourth estate, and the inability of the public to adapt to the current climate. However, he did include a line condemning the effort of some ill-intentioned people in politics and media to overturn the election.

“The rebellion on the populist right against the results of the 2020 election was partly a cynical, knowing effort by political operators and their hype men in the media to steal an election or at least get rich trying,” Stirewalt wrote — without calling anyone out by name.

Stirewalt was fired by Fox News on Jan. 19 as part of a post-election restructuring of the network’s operation. In all, more than a dozen staffers were let go that day. Fox News declined to comment citing employee confidentiality.