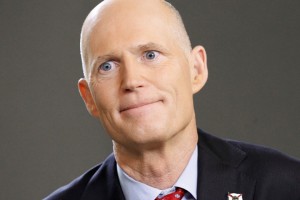 Florida Governor Rick Scott saw his state become the victim of America’s worst ever mass shooting on Sunday, and yet it seems he has yet to receive a message of sympathy directly from the president.

Scott arrived in Orlando shortly after the Pulse nightclub came under attack, and he’s talked to the press multiple times as the disastrous saga continues. Scott spoke with Fox & Friends on Tuesday morning, and he said that Donald Trump, George W. Bush and Laura Bush were just some of those who’ve called to give him their regards.

President Obama plans to visit Orlando on Thursday, and Fox’s Brian Kilmeade asked Scott if he’s heard any word from him yet.

“A staffer has called, but no, he has not called,” Scott said. He went on to criticize the president for focusing on gun laws instead of dealing with immigration problems and radical extremists whenever these types of tragedies occur.

While Obama has admitted that the shooting was in fact an act of terror, he has not specifically said that America is “at war” with “radical Islamic terrorism.” This point has been criticized far and wide by Trump, whom Scott has endorsed for president.