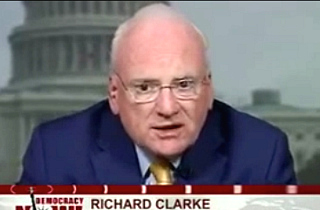 According to the nation’s former top counterterrorism official, former President George W. Bush, his Vice President Dick Cheney, and their Defense Secretary Donald Rumsfeld had all committed war crimes during their tenure.

Richard Clarke was Bush’s counterterrorism czar in 2001 and later became the president’s special advisor on cyberterror until he resigned in 2003 and became a vocal critic of the administration. In an interview with Democracy Now! this week, Clarke was asked by host Amy Goodman whether Bush, Cheney, and Rumsfeld could ever seriously face “war crimes” charges for the Iraq operation.

I think things that they authorized probably fall within the area of war crimes. Whether that would be productive or not, I think, is a discussion we could all have. But we have established procedures now with the International Criminal Court in The Hague, where people who take actions as serving presidents or prime ministers of countries have been indicted and have been tried. So the precedent is there to do that sort of thing. And I think we need to ask ourselves whether or not it would be useful to do that in the case of members of the Bush administration. It’s clear that things that the Bush administration did — in my mind, at least, it’s clear that some of the things they did were war crimes.

The full interview will air next Tuesday.