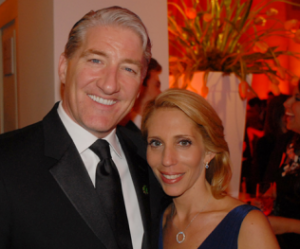 The Twitter scandal that has now claimed the Congressional career of Anthony Weiner was propelled to the nation’s front burner in large part by the tough questioning of CNN’s Dana Bash, who was the first Capitol Hill reporter to confront Weiner about his claim he’d been “hacked” and whether or not he intended to ask for an investigation. Credited by her fellow journalists and even conservative media critics like Andrew Breitbart for her pursuit of the story, Bash told Mediaite today she finds no enjoyment in seeing the story end with a resignation. “This is not a story that any of us who have the honor of covering Congress has enjoyed, but learning the slow and sad truth is something that our viewers and the public are entitled to.”

Bash was the first cable news correspondent to report Weiner’s decision to resign, an exclusive she picked up from a source Wednesday evening, but only on the condition of holding the story until Thursday morning. That meant a late night and an early arrival to work–a grueling schedule for anyone, but especially for a woman who’s just reached the ninth month of pregnancy. Bash and her husband, CNN’s John King, are expecting a child soon–very soon. But she’s not dialing back on the work she loves: hunting down stories in the Capitol. “You’d be surprised how many people walk around these hard marble floors pregnant. There are plenty of journalists, members and staffers – to emulate. I’m just lucky that I can still chase after all of them – even if my ankles are a bit swollen.”