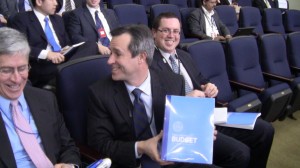 On Wednesday morning’s edition of Fox & Friends, the crew was discussing the current budget fight when co-anchor Brian Kilmeade made a stunning observation. “How unbelievable is this,” Kilmeade exclaimed. “If the President wrote a budget, we wouldn’t need a continuing resolution.”

A few seconds later, Kilmeade repeated the charge, asking “Where is the executive branch writing a budget?”


Good point, except that the President did write a budget. The thing weighed about ten pounds, and I got so tired of lugging the thing around, I gave it to WSJ‘s Jonathan Weisman. As you can see, he was delighted with the gift. 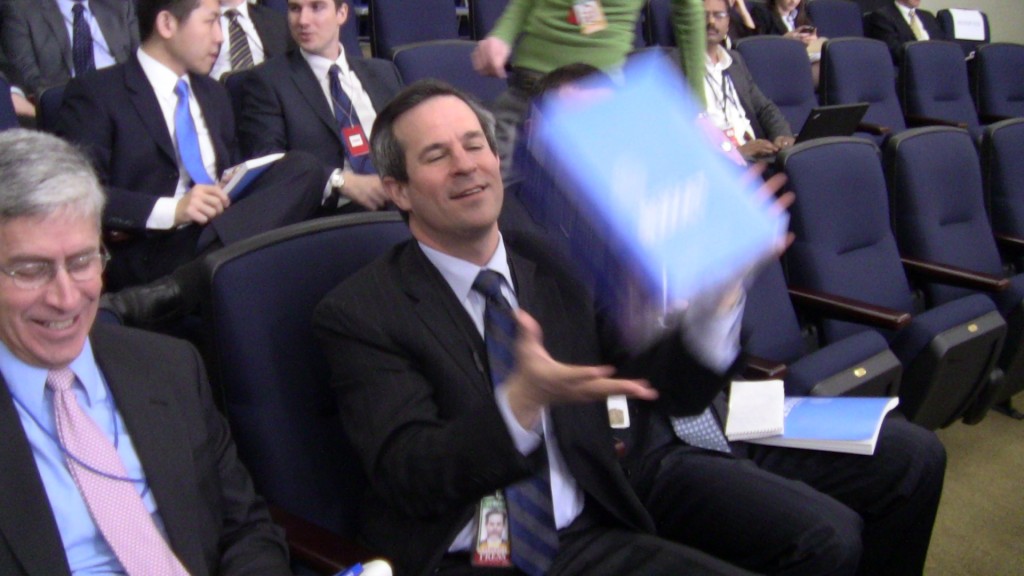 I also sat through an hourlong briefing on the budget that Kilmeade says Obama didn’t write. There are many legitimate criticisms to make of the President’s budget, and subsequent leadership on the issue, but he sure as hell did write one.

While Kilmeade admirably defended the President minutes later in the program, it is this kind of factual lapse that has me, once again, questioning Fox News’ differing standards for its “opinion” shows, versus its “hard news” programming. They’ve never really made clear what those standards are. Does being an “opinion” program lower the standards of factual reporting? Do “opinion” programs at Fox have a duty to report the facts accurately? From the recent performance of F&F, it would appear not, but Fox News should make those standards clear.

Correction: As one of our commenters pointed out, the budget I gave to Jonathan was for fiscal year 2012, while Kilmeade was referring to the FY 2011 budget, which President Obama submitted last February.

While not deliberate, this demonstrates the importance of establishing a standard of factual accuracy, even in “opinion” media. Since Fox News won’t even set factual accuracy as a goal for its opinion programming, whether Kilmeade corrects himself will be a matter of his own whim, not Fox News policy.