Fox Host: Duggar Parents Harmed Kids by Pushing Them in Front of Cameras 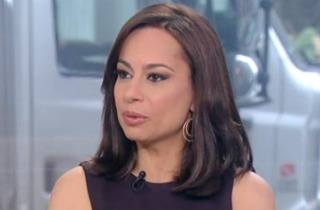 There’s been a lot of media chatter about the Duggars, as well as criticism that the media isn’t as outraged about the dead privacy rights of Josh Duggar‘s sisters and victims as they would be in other cases. But on Fox’s Outnumbered today, one of the hosts said the blame goes back to the parents deciding to go on TV in the first place.

Harris Faulkner said that journalists take an oath to do “the least amount of harm,” and what the media is presenting are “loaded facts.”

Julie Roginsky, however, said that the Duggar kids were “harmed” by their parents in the first place because they knew this was in their background and still decided they wanted to be in front of the cameras anyway. “They never let a media opportunity go by,” she asked, “and all of a sudden now they think the media’s victimizing them?”

Jim Bob and Michelle Duggar had told Megyn Kelly they decided to do a TV show years after settling their family problems because, they said, it was in the past and they didn’t think it would be an issues again.

And as for Jessa and Jill Duggar saying the media’s victimized them, Roginsky said, “The media victimized them because their parents and they allow themselves to be on camera and become celebrities.”