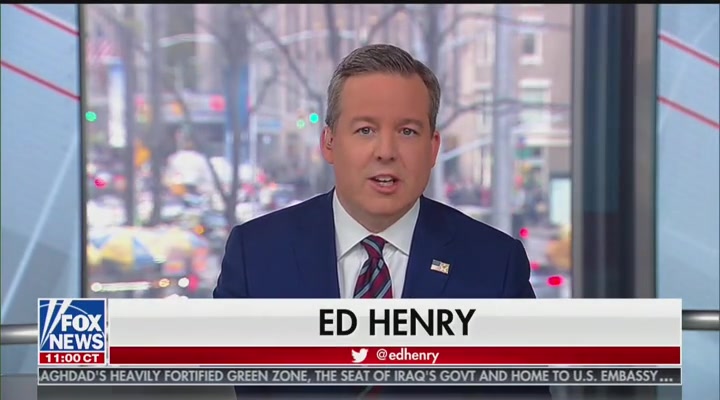 Fox News has announced that weekend anchor Ed Henry will become the new co-anchor for America’s Newsroom, taking over for Bill Hemmer.

“It has been an incredible honor to cover major breaking news here at home and all around the world as Chief National Correspondent and chief White House correspondent before that. Now I am grateful to take that experience to the anchor desk, and help kick off our news coverage every single morning,” Henry said in a press release provided to Mediaite.

Henry, most recently Fox’s chief national correspondent, has been a frequent host of Fox & Friends Weekend for the past two years and in November was given his own hour to anchor America’s News Headquarters on Saturdays and Sundays at 12 p.m.

A slate of America’s News Headquarters’ current news anchors will be in rotation for Henry’s hour following his departure for America’s Newsroom and Fox & Friends Weekend will feature rotating co-hosts.

Hemmer was previously selected to replace departed anchor Shepard Smith’s slot at 3 p.m. on weekdays, which was first reported by Mediaite.

“Ed is one of the best all-around journalists in the field and his ability to transition from breaking news to anchor has made him a valuable addition to the team. I have no doubt he’ll excel alongside Sandra Smith as co-anchor of America’s Newsroom,” FOX News Media President and Executive Editor Jay Wallace said in a press release.

Henry will begin his new role alongside current co-anchor Smith on Jan. 20, 2020.

An earlier version of this article misstated Jay Wallace’s title.