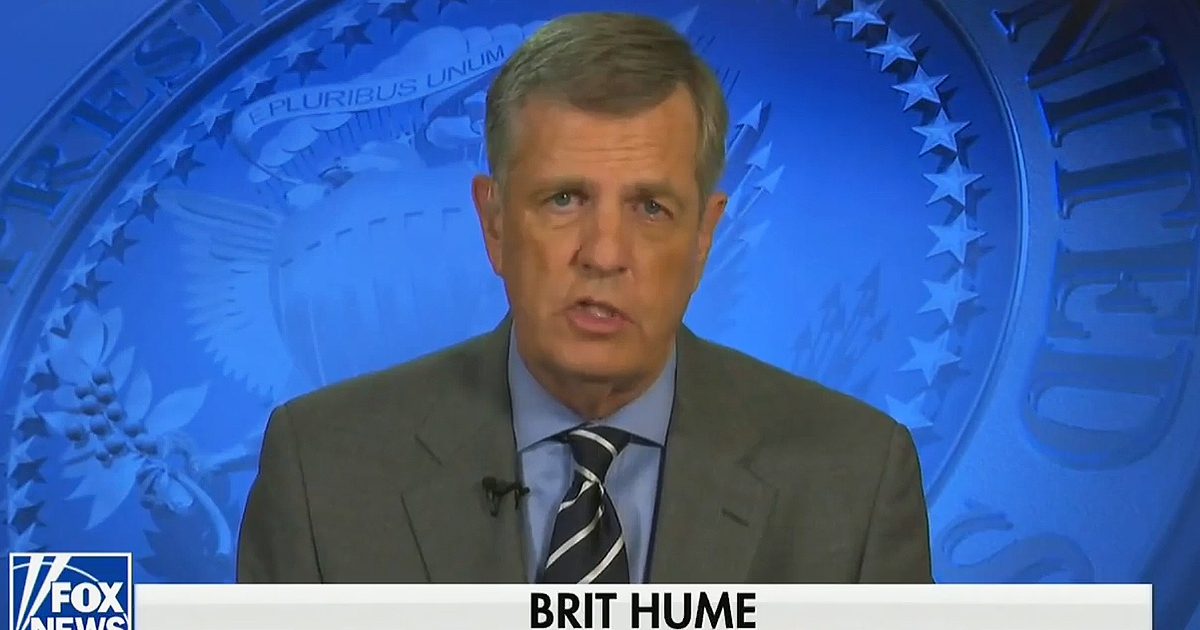 Fox News personality Brit Hume suggested that the only difference between the FBI’s surveillance of then-Trump campaign adviser Carter Page and J. Edgar Hoover‘s taping of Dr. Martin Luther King, Jr. is the media’s reaction to those events.

On Tuesday, Hume posted a tweet linking to a Wall Street Journal opinion column entitled “About the FBI’s Spying,” and subtitled “What’s the difference between surveillance of Carter Page and Martin Luther King?”

In the tweet, Hume commented “The only difference is the media called the King surveillance “spying,” and get the vapors when that word is used about Carter Page surveillance.”

The FBI engaged in a covert campaign of surveillance against Dr. King that included sending him a blackmail tape and encouraging him to commit suicide.

Other Twitter users were quick to point out the obvious differences, such as the fact that Page surveillance was conducted with a warrant that had to be approved by a judge. Former federal prosecutor and CNN Legal Analyst Renato Mariotti was among those who schooled Hume:

Other notable differences include probable cause, a court order, not attempting to induce the target to commit suicide, etc. https://t.co/ksEecr525X

Another CNN legal analyst, Asha Rangappa, pointed out that it was the King spying that led to the creation of the court that authorized Page’s surveillance:

Well @brithume, as a result of the FBI spying on MLK, Congress passed a statute in 1978 called the Foreign Intelligence Surveillance Act which sets up a probable cause threshold which must be approved by a federal judge before surveillance can begin. Sooooo…big difference. https://t.co/tShMXouTr4

Legal experts often say you should never ask a question to which you don’t already know the answer, but in Hume’s case, perhaps he should also think about not answering such a question.

UPDATE: Now Hume says legal surveillance of Page was in some ways worse than spying on Dr. King:

And don’t even try to justify the Page spying by citing the FISA warrant obtained under highly dubious pretexts. In some ways, that makes it worse. The claim that Page was a foreign agent was absurd. And the reliance on the Steele dossier is just as bad.