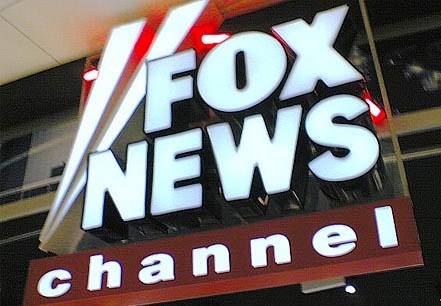 Ever since The New Yorker published its Tolstoy-esque profile of President Obama, and half of a quote about race lit up the blackophobic corners of the webisphere, Fox News personalities — both hard news and commentary — have been alternately wondering if, and outright asserting that, the President attributes his current low approval ratings to his blackness.

The notion that President Obama “played the race card” by “explaining” his low poll numbers away based on his race is understandably irresistible to right-wing media types, but even for the hard news reporters at Fox News, even when reading the President’s entire quote, that impulse was impossible to resist.

However, it is clear that President Obama not only didn’t “bring race into it” or “say that race is a factor” in his low poll numbers, he was actually refuting that premise.

Here’s what The New Yorker‘s David Remnick wrote in setting up that quote:

Obama’s election was one of the great markers in the black freedom struggle. In the electoral realm, ironically, the country may be more racially divided than it has been in a generation. Obama lost among white voters in 2012 by a margin greater than any victor in American history. The popular opposition to the Administration comes largely from older whites who feel threatened, underemployed, overlooked, and disdained in a globalized economy and in an increasingly diverse country. Obama’s drop in the polls in 2013 was especially grave among white voters.

“There’s no doubt that there’s some folks who just really dislike me because they don’t like the idea of a black President,” Obama said. “Now, the flip side of it is there are some black folks and maybe some white folks who really like me and give me the benefit of the doubt precisely because I’m a black President.”

The latter group has been less in evidence of late.

Race = low polls was Remnick’s premise, not President Obama’s. In case you doubt that, the President actually went on to explain how Democrats and liberals should not let their reflexive ideas about race and politics keep them from listening to Republicans:

“There is a historic connection between some of the arguments that we have politically and the history of race in our country, and sometimes it’s hard to disentangle those issues,” he went on. “You can be somebody who, for very legitimate reasons, worries about the power of the federal government—that it’s distant, that it’s bureaucratic, that it’s not accountable—and as a consequence you think that more power should reside in the hands of state governments. But what’s also true, obviously, is that philosophy is wrapped up in the history of states’ rights in the context of the civil-rights movement and the Civil War and Calhoun. There’s a pretty long history there. And so I think it’s important for progressives not to dismiss out of hand arguments against my Presidency or the Democratic Party or Bill Clinton or anybody just because there’s some overlap between those criticisms and the criticisms that traditionally were directed against those who were trying to bring about greater equality for African-Americans. The flip side is I think it’s important for conservatives to recognize and answer some of the problems that are posed by that history, so that they understand if I am concerned about leaving it up to states to expand Medicaid that it may not simply be because I am this power-hungry guy in Washington who wants to crush states’ rights but, rather, because we are one country and I think it is going to be important for the entire country to make sure that poor folks in Mississippi and not just Massachusetts are healthy.”

If anything, it is liberals who should be upset with President Obama for validating a long-held conservative premise. Whatever you think of the President’s assessment, however, it is simply not accurate to claim that he “played the race card,” or “attributed” low poll numbers to race. The opposite is true.