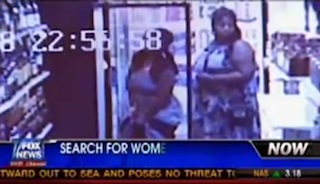 In case you haven’t noticed, there’s not a lot of quick and easy news stories going on right now. (well, ok, there’s that one story but it’s so totally overplayed) It’s gotten so bad that potty-mouthed Bob Beckel ended The Five last night by playing cell phone games instead of participating in the last segment. And that was just a Thursday! Everyone knows that the absolute nadir of newslessness happens on Summer Fridays. So, if a poker app was more exciting than yesterday’s news, what could possibly be airing today?

Now, I’m not bummed out that Fox News is killing time by airing semi-interesting local news stories from Florida. It’s July. That’s just the way it is. Hell, I’m sure you can find some posts I’ve written in summer months that detailed less than integral developments.

No, what irritates me the most is that, when I was told Fox News was doing a story on “upskirt bandits,” I thought it was going to be something awesome like The Today Show‘s boob week. Now that’s how you waste national air time, not this. Obviously there’s different strokes for different folks, but I don’t find theft sexy. It doesn’t matter where the women are hiding the bottles. And, no offense to these women, but they’re no Hooters girls. That’s why Bill Hemmer ends the segment with the regrettable line “big skirts, big cattle,” an observation I’m not positive I fully understand but one that I’m pretty sure someone somewhere should be offended by.

I guess what I’m trying to say is, it’s ok to air trash in the summer as long as it’s awesome trash. I mean, that’s what the summer’s for, right? Hell, look how much money Transformers 3 made.