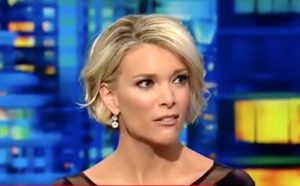 Lowell is currently the executive producer of The Kelly File, which is enjoying its highest-rated year since debuting in 2013. Lowell will officially start his new position on January 1st and a replacement executive producer will be announced in 2017.

In making the announcement, Wallace had the following to say about Lowell: “Tom’s skillful producing and managing of The Kelly File has been a tremendous asset to our primetime programming. With more than two decades of experience in journalism, that expertise will now play a pivotal role in bringing together all of our news operations as we design and build our new newsroom.”

Lowell also commented about making the jump. “There are so many great things coming together that will help us ramp up our breaking news advantage, as well as our original reporting,” he stated. “I am thrilled for the opportunity to work with our great management team and talented staff to deliver even more improvements to America’s most trusted and watched news organization.”

Lowell has been with the network since 2003. Prior to joining Fox News, he also held executive producer positions at WFSB-TV, WCVB-TV, and FOX affiliate WSVN-TV. He is a graduate of Emerson College.