Fox News Presses Obama on Clinton Emails, Then Criticizes Him For Commenting 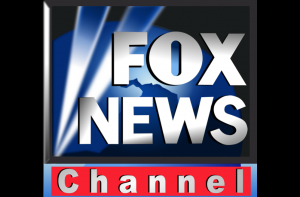 During the highly-anticipated sit down with Fox News this weekend, President Barack Obama was predictably badgered — over and over again — by Chris Wallace over the ongoing Justice Department’s investigation into former Secretary of State Hillary Clinton‘s use of a private email server. While Obama admitted (again) to the general “carelessness” shown by Clinton in the matter, he again repeated that he did not think national security was jeopardized.

It was a similar angle to the one he took while sitting for a 60 Minutes interview in October with Steve Kroft, when the President said, “I don’t think it posed a national security problem… This is not a situation in which America’s national security was endangered.”

Some argued the President was deserving of criticism in October for speaking out on an ongoing case — it “rais[ed] the ire of officials who saw an instance of the president trying to influence the outcome of a continuing investigation,” according to The New York Times — but Wallace pestered deeper this weekend. And I don’t use the word “pestered” lightly; the veteran journalist Wallace repeatedly followed up with Obama on the issue, pushing the Commander-in-Chief so far that he finally had to snap, “How many times do I have to say it, Chris?”

The message was clearly delivered from Obama: there will be no special treatment given to the Clinton email investigation as a result of her ties to the administration. “Nobody gets treated differently when it comes to the Justice Department, because nobody is above the law,” President Obama clearly said.

Yet within 24 hours, it seems some at Fox News conveniently forgot why the President spoke so intensely on the topic (hint, because they pushed it) and put the onus instead on Obama for his response.

“That moment — it was a big one,” said anchor Abby Huntsman on Monday morning of the exchange between President Obama and Wallace on the Clinton emails, “…mainly because it is an ongoing investigation. Why say anything at all here?” she asked contributor Katie Pavlich.

It is no hard task to rile up a Fox contributor like Pavlich in any sort of Obama-bashing setting, and here Huntsman serves it up on a silver platter while Pavlich licks her chops. Completely tossing aside the fact that this was not the first time the President weighed in on the Clinton scandal (though it was presented as such), we cut to Pavlich’s feigned outrage:

“The question at this point is: when President Obama sits down for an interview and says ‘I can’t comment on it because it’s an ongoing investigation’ then continues in the same, you know, breath to comment on it and defend her as if she’s done nothing wrong, it actually has serious implications on the investigation.”

Here is the transcript from the segment in question from Sunday’s interview. Someone, please, do me a favor and count the number of interjections from Wallace practically abusing the President into submission to talk about the issue:

WALLACE: Can you guarantee to the American people, can you direct the Justice Department to say, “Hillary Clinton will be treated — as the evidence goes, she will not be in any way protected.”

OBAMA: I can guarantee that. And I can guarantee that, not because I give Attorney General Lynch a directive, that is institutionally how we have always operated. I do not talk to the Attorney General about pending investigations. I do not talk to FBI directors about pending investigations. We have a strict line, and always have maintained it, previous president.

WALLACE: So, just to button this up —

OBAMA: I guarantee it.

OBAMA: I guarantee that there is no political influence in any investigation conducted by the Justice Department, or the FBI, not just in this case, but in any case.

WALLACE: And she will be —

WALLACE: And she will be treated no different —

OBAMA: Guaranteed. Full stop. Nobody gets treated differently when it comes to the Justice Department, because nobody is above the law.

WALLACE: Even if she ends up as the Democratic nominee?

OBAMA: How many times do I have to say it, Chris? Guaranteed.

I don’t know about you, but I counted five — FIVE times Wallace in the span on a minute pushed for the President to give a response, and today Right Wing Caped Crusaders hold the President accountable for answering?

Let’s imagine, for a moment, what would have happened if Obama hadn’t answered Wallace’s questions yesterday, opting instead for the Marshawn Lynch route of repeating the same non-answer over and over again: “The investigation is ongoing, and I can not comment”:

I am guessing the world as we know it at 1211 Avenue of the Americas would explode in a fiery shitstorm of Benghazi/email server/why won’t Obama say ‘Islamic Extremism’ proportions raised to the Nth degree. This morning’s Fox and Friends‘ Do-It-Yourself segment on spring gardening would be bumped so that the Kilmeade–Doocy–Earhardt trio could bash the President’s irresponsibility (of course with a phone-in from Donald Trump); this afternoon’s Outnumbered would feature an absurdly energetic and possibly nonsensical rant from Andrea Tantaros, while the entire evening block of Fox shows would be spent replaying the clip ad nauseum.

To the minds of some at Fox News, there is simply no response that the President could have given that would satiate the masses of right-wing thumpers. The catch-22 is not even done justice by the phrase Damned if he does, damned if he doesn’t. And to clarify the reasons why, one does not need to look any further than the increasingly-likely prospect that Hillary Clinton will soon be adding the nickname “45” to her career achievements. There is no stopping the Clinton machine from winning not only this nomination, but also handedly defeating whoever emerges from the GOP clown car. Some at Fox will continue to drag every element of the Clinton email non-story through the mud at every turn, grasping so desperately for straws, all the while conveniently forgetting that the Times reported in January that, “…none of the emails had been marked at any level of classification at the time they were sent through Mrs. Clinton’s computer server,” according to a State Department spokesman. Meanwhile, the entire right side of the media aisle will continue its Hillary-in-handcuffs fantasy and continue to vilify the President over it no matter what he says, or doesn’t say, about the investigation.
—