Fox News Responds to Lindsay Lohan Suit: ‘We Will Defend This Case to the Fullest’ 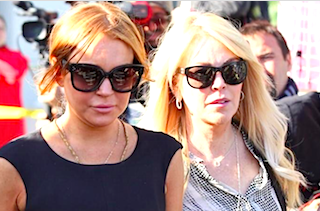 One day after Lindsay Lohan and her mother, Dina Lohan, filed a defamation suit against Fox News over a comment made on air last February by contributor Michelle Fields, alleging the mother and daughter do cocaine together, the network has issued an official statement in response.

Fox is vowing to defend their case “to the fullest” and say they are “surprised” the Lohans are asking for money one year after a cease and desist order was granted by the network.

Below is the full statement, provided to Mediaite by a Fox News spokesperson:

“We will defend this case to the fullest. The remark about which Lindsay and Dina Lohan complain was made on live television by a guest nearly a year ago. We removed the segment from our archives altogether last February and also apologized on-air. At that time, the Lohans did not make any demands for money, and we are surprised they are doing so now.”

The 2014 comment, made during a discussion on Hannity following the heroin overdose death of Philip Seymour Hoffman, appeared to lump Lohan and her mother in with a culture of dangerous celebrity behavior. The Lohans’ suit, filed in a Manhattan court on Monday claimed that Fields “falsely, inappropriately and shockingly stated, unequivocally and as a ‘matter of fact’ that ‘Lindsay Lohan’s mother is doing cocaine with her.’”

Weeks after Fields’ comment, Hannity guest-host Andrea Tantaros issued a short apology to the Lohans, and the original clip was removed from Fox’s website: