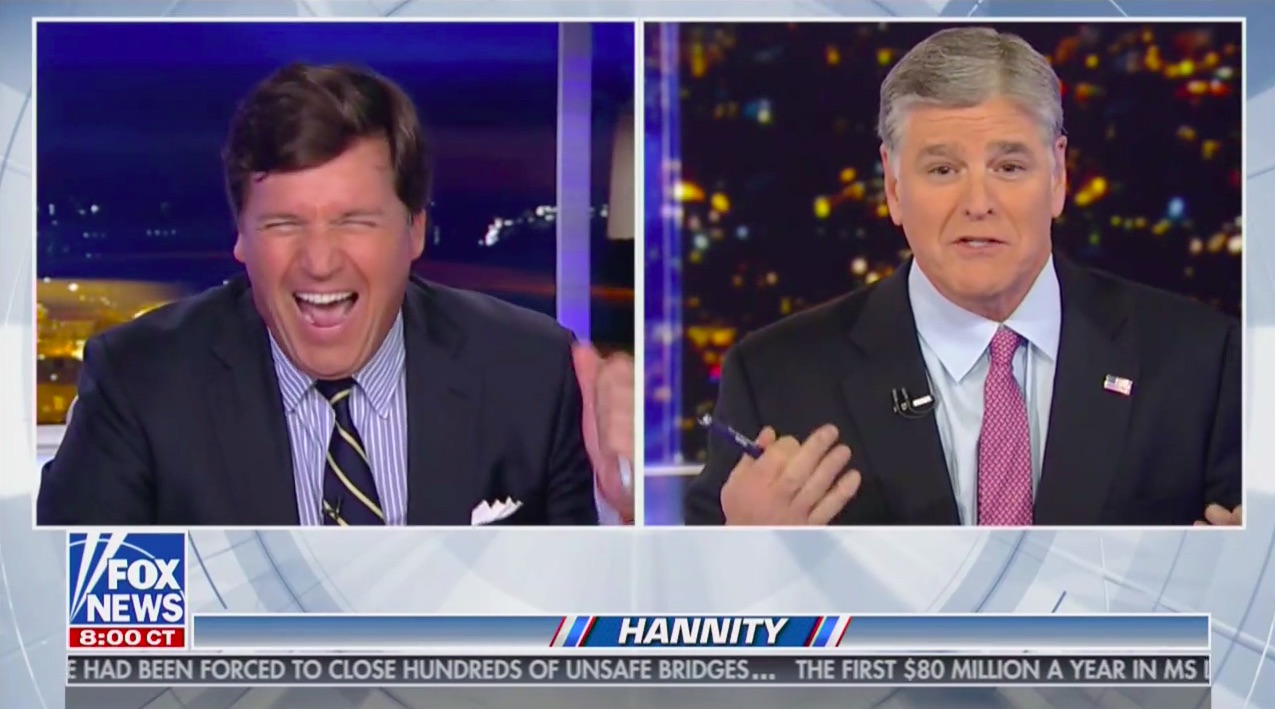 Fox News continued its streak as the top network in cable news with a resounding win on Tuesday: every hour the network beat rivals MSNBC and CNN in both total viewers and the demo.

The sweep was led by primetime hosts Tucker Carlson and Sean Hannity — both of whom had their highest rated months ever in November. Hannity came first in total viewers, with 3.44 million to Carlson’s 3.25 million. Carlson took the first place spot in the demo, with 534,000 to Hannity’s 474,000.