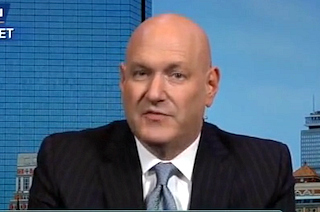 Keith Ablow, Fox News’ resident psychiatric expert, blamed the shooting of Chris Lane on a devaluation of life caused by a culture where late-trimester abortion is legal and human interactions have been replaced by online social networks.

“If you can’t outlaw third trimester abortions in every state, you have an answer to why people don’t take life seriously,” he said.

Lane, a young Australian ballplayer living in Oklahoma with his girlfriend, was gunned down while he was jogging on Monday by three teens who said they shot him “for the fun of it.”

Lane blamed this on “an epidemic of disconnectedness.”

“We have people saying they have hundreds of friends on Facebook, when those aren’t friends,” he said. “We have people text messaging when in fact they’re not reaching out to anybody, because they are sending thoughts and feelings in the air, if you will. We have people on Secondlife.com simply adopting new identities. We have a culture that is cheapening life, real life.”

One of the suspects had bragged about the shooting on his Facebook page, writing, “Bang. Two drops in two hours.”

“Facebook is the final common pathway for those people acting out in life,” Ablow explained. “Some of the people who are there are acting out their sexuality. And other people are acting out how happy they are by posting all of the ridiculous pictures where one is competing against the other to seem more content. Facebook has become ground zero in the battle to either maintain our identities or let them go into the web.”

“These three became non-people with no feelings for others,” he concluded. “I wouldn’t be surprised if they were big users of Facebook and other things internet-related.”