“Absolutely appalling, disgusting, pathetic,” Kurtz said of the attack that left Ngo bloodied and hospitalized. “Here you have Andy Ngo who was attacked, roughed up, and robbed by these Antifa thugs, solely because he’s a conservative writer, and perhaps a gay conservative writer. That video, you’re showing it now, the bruises on his face, just chilling to watch.

“While some of what he writes is controversial, it’s utterly beside the point,” Kurtz added. “This was nothing less than an attack on free speech and a journalist trying to do his job.

“Speaking of free speech,” Francis said, “you had a Huffington Post senior reporter who put out this tweet. It’s now been deleted. And it was before, to be fair, there was the attack or a lot of the things we know about this were out there.”

The Fox News host read aloud a tweet from HuffPost reporter Christopher Mathias, which was deleted, mocking a photo Ngo had posted of milkshake on his backpack. The tweet was posted hours before Ngo took to Twitter to reveal he was violently attacked. 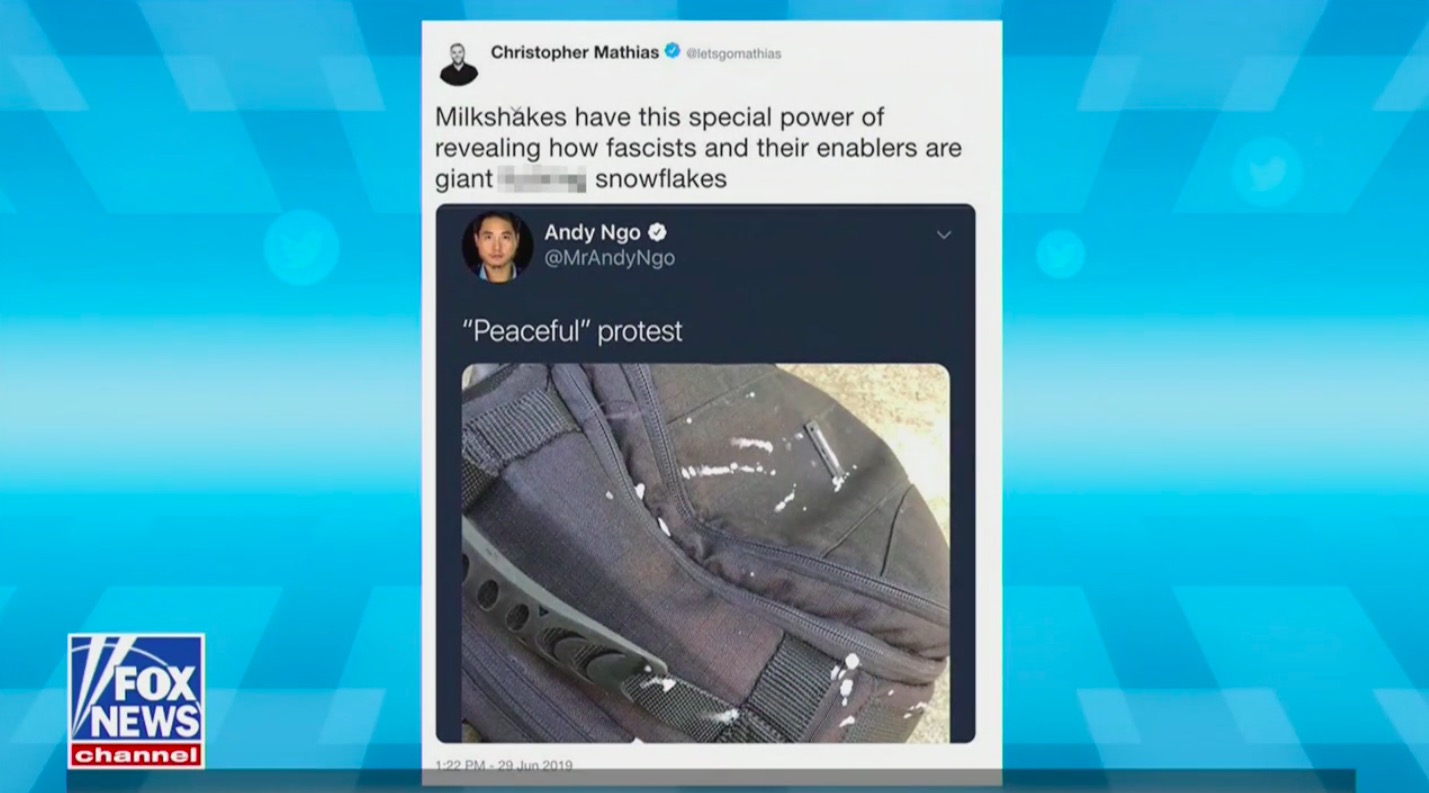 “This is from a Huffington Post senior reporter,” Francis said.

“This whole emerging movement we have, you know, incidents ranging from Sarah Sanders being kicked out of a Virginia restaurant to others being shouted down because they work for Trump or support Trump or are Republicans or conservatives, and now physical violence in the case of Portland,” Kurtz replied. “It really is a dangerous trend that too many, like this person who deleted the tweet and others on the left, are justifying this.”

“This is totally unacceptable,” Kurtz added, calling out the Portland Police for failing to intervene.

“I don’t want to jump to the conclusion that the mayor ordered them to stand down but I do think he owes Andy Ngo an apology for the fact that his police force failed to protect him as a reporter doing his job,” Kurtz said.

We should note, there’s no evidence police were told to stand down from protecting people from violence during the clashes between Antifa and Proud Boy protestors on Saturday — though Sen. Ted Cruz (R-TX) pushed the theory on Twitter.