Fox’s Kirsten Powers: Does Jesse Jackson Have to Comment on Every Crime in the Country Now? 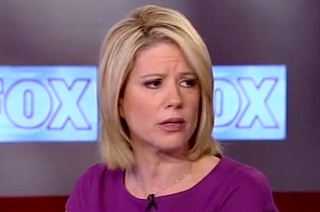 On Fox News Watch Saturday afternoon, analyst Kirsten Powers strongly rebutted the claim that the Chris Lane murder and the Trayvon Martin shooting were analogous, and called absurd the idea that the media and civil rights advocates had to respond to them in equal proportion.

“Do we now expect Jesse Jackson to comment on every single heinous crime that happens in the country?” Powers said. “Do people really not understand this? The Trayvon Martin situation was because there was an unarmed black teenager who was killed and nobody was arrested. That’s why it became a story. Nobody was covering it. Social media blew up around it. And that’s how it became a story…This is a tragedy, what happened to Chris Lane. But I don’t know why you expect Jesse Jackson or the president to talk about it.”

Richard Grenell objected to the racial angle of both cases.

“I think the whole idea the Trayvon Martin case and this case is about race is really shameful,” Grenell said. “It’s not about race. It’s really about young kids who are uneducated, come from broken homes and spiral into drugs and violence. That’s the theme here. Whether it is black or white or Hispanic, we as a society need to confront that. It’s shameful for people like Piers Morgan to immediately go after this story as a handgun story or anyone to use this as a race story. Neither one of them are true. It is a socio-economic story.”

“The New York Times covered it with ‘Charges in Fatal Shooting in Oklahoma,’ Jim Pinkerton said. “If you wonder, mainstream media, why other news outlets that cover these stories more energetically like the Drudge Report, Breitbart, World Net Daily, have so much energy and attention, it is because they cover stories the mainstream media clearly don’t want to cover.”