Fox’s Kurtz Goes After Bashir’s Palin Comments: ‘Where Are His Bosses at MSNBC?’
VIDEO

Fox’s Kurtz Goes After Bashir’s Palin Comments: ‘Where Are His Bosses at MSNBC?’ 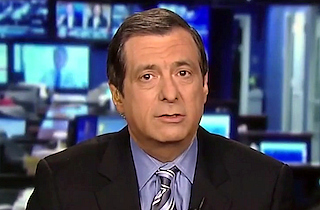 “Where are his bosses at MSNBC?” Kurtz asked. “Not a syllable from the network executives. There’s been no disciplinary action that we know of, no suspension of Martin Bashir, even though MSNBC had suspended a couple years ago Ed Schultz for calling Laura Ingraham a “right-wing slut.” This is so far worse, it’s so beyond the pale, that I even hesitated to bring it up on my show.”

“I’m not sure why Martin Bashir is getting treated differently,” host Martha MacCallum said, noting that Alec Baldwin was suspended just this weekend, “especially given the fact that what he said, in most people’s minds, is worse than what these two folks said on those shows…Could you imagine if someone of the caliber at that hour—Neil Cavuto or Jake Tapper—said anything like this about Hillary Clinton, what would be going on in his country?”

“MSNBC would be jumping up and down about this all day long,” Kurtz said. “Palin gave a controversial speech in which she likened the national debt to slavery. A lot of people didn’t like that, I think it’s fair game for criticism. But this wasn’t an offhand, off-the-cuff remark of the type many of us might make when you’re on live TV a lot. This was a long, scripted read off of a teleprompter…That means an executive producer had to see it in advance. So it is amazing to me…that MSNBC hasn’t done anything about this. I cannot quite figure it out.”

“It suggests they don’t think it is a big deal,” MacCallum said, “that when it comes to certain people all bets are off, that it’s okay to pick on these people because of their beliefs.”