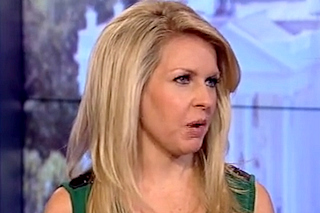 “The question is, ‘How damaging could this be to possible presidential run?'” Crowley asked. “I think the reason you saw this on the New York Times is not because the New York Times somehow wants to hurt Hillary Clinton’s chances, but to help her. In other words, they’re trying to get the negative stuff out early, so then they can claim it’s all been covered and that it’s old news by the time she announces.”

“Monica is right to the extent that this is going to be a turn-around story,” Foundation employee Doug Band said. “The donors—I’ve certainly recruited a bunch—will only applaud a streamlining and making more effective of a foundation that has the ability to go anywhere in the world—Africa, Europe, Central Asia—and make a difference on public health, education, clean water. You’re right, Monica: Hillary wasn’t there when these allegations of mismanagement occurred. And if the Foundation turns around, it could probably be a plus should she run.”

Crowley also added that the article could “jog people’s memories about how messy the Clintons really are, and all of the baggage and all of the drama they constantly bring with them.”