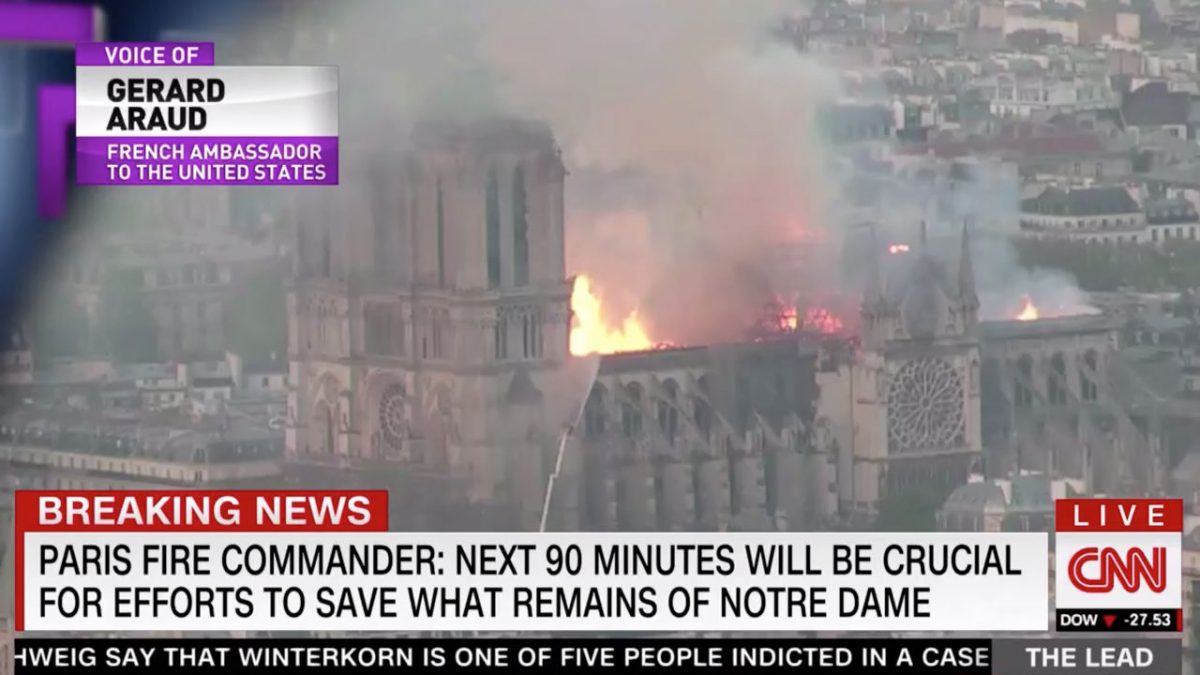 After a catastrophic fire broke out at the Notre Dame Cathedral broke out on Monday, it appears there is a glimmer of hope.

According to French TV, the structure is likely to survive.

Some good news… Paris fire department on French TV: "The structure of #NotreDame has been saved." #NotreDame

The commander general of the Paris Fire Brigade said in a video shared by BFMTV, “We can consider that the two towers of the north belfry Notre-Dame have been saved,” he said. “The structure of Our Lady is saved as a whole.”

BBC also reported that a French official had indicated that the stone structure of the cathedral had been saved from destruction.

JUST IN: French official says the stone structure of Notre-Dame has been saved from "total destruction"

Earlier today, the commander had warned that “we are not sure if we will be able to stop the spreading of the flames to the North Tower,” sparking fears the cathedral’s structure may be a loss.

The priceless artwork is also being removed in an attempt to save as much as possible.