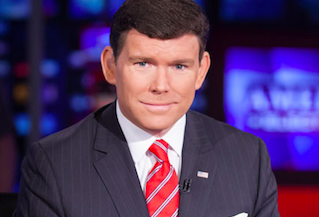 On Friday night, Fox News’ Special Report with Bret Baier was the second-highest rated show in all of cable news, following The O’Reilly Factor. Bret Baier had 2.208M total viewers, while Bill O’Reilly had 2.461M. Fox’s The Five came in third with 2.164M.