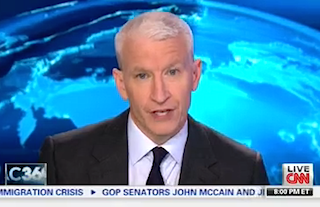 With just 52K viewers in the 25-54 demo Friday night, the 8 p.m. broadcast of Anderson Cooper 360 was the lowest-rated show across CNN, MSNBC and Fox News. The Kelly File led the pack with 323K viewers in the demo at 9 p.m. (Bill O’Reilly ran a compilation special at 8).

Anderson Cooper came in 4th place in his time slot in both the demo and total viewers (359K), behind Fox’s O’Reilly, MSNBC’s Chris Hayes and HLN’s Nancy Grace.