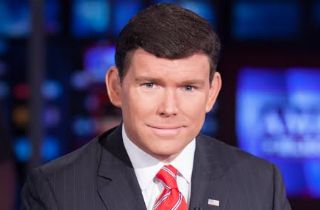 Meanwhile, the highest-rated program on CNN last Friday––Anderson Cooper in the 8 pm hour with 916K––still fell behind Chris Matthews and Rachel Maddow with, respectively, 932K and 951K viewers.

Correction: An earlier version of this post said O’Reilly was hosting his program last Friday. He was not; Bolling guest-hosted.