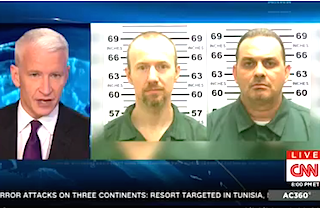 On a very busy news day Friday, CNN beat Fox News across the board in the 25-54 demo for both total day and primetime. Between 5 p.m. and midnight, CNN topped Fox in the demo for every hour, starting with The Situation Room with Wolf Blitzer, which had 405K compared to The Five’s 277K.

We should note that in place of Sean Hannity‘s program last Friday, Fox ran a special report about Jordan and terrorism hosted by Bret Baier.