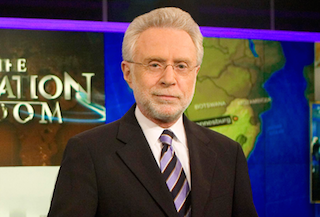 On Friday afternoon, as the first reports of Russian troops entering the Crimea region of Ukraine began to emerge, CNN’s The Situation Room with Wolf Blitzer managed a rare win over its MSNBC competition in the 25-54 demographic.

At 5pm, Blitzer’s show had 136K in the demo while MSNBC’s The Ed Show had 123K. Then, at 6pm, Blitzer’s numbers increased to 157K, while PoliticsNation with Al Sharpton had 128K. In total viewers, MSNBC beat CNN during both hours.

Fox News’ The Five and Special Report with Bret Baier, at 5 and 6pm respectively, were #1 in the demo and total viewers.