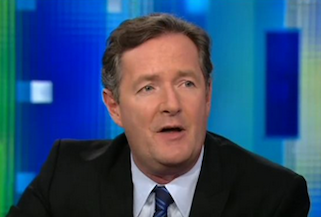 CNN’s Piers Morgan Live had just 83K viewers in the 25-54 demo Friday night, putting the show in fourth place during the 9pm hour. MSNBC’s The Rachel Maddow Show led the pack with 352K in the demo, followed by Fox’s The Kelly File with 326K and HLN’s Forensic Files with 140K.

Piers Morgan did slightly better in total viewers, coming in third with 374K ahead of HLN. Megyn Kelly was #1 with 2.359M total viewers, while Rachel Maddow had 1.161M.