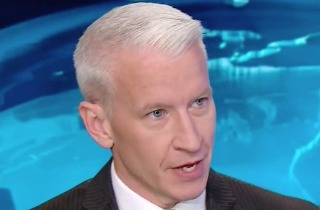 CNN’s Anderson Cooper got the most viewers in the 25-54 demographic on the cable network last Friday, with 274K in that demo.

He came in second on CNN in total viewers, however, with a total of 729K to Wolf Blitzer‘s 738K in the 5 pm hour of The Situation Room.

In the 8 pm timeslot, Cooper came in #2 to The O’Reilly Factor––guest-hosted by Eric Bolling––which received 2.243K total viewers––while Chris Hayes came in third with 639K viewers.

Correction: An earlier version of this post said O’Reilly was hosting his program last Friday. He was not; Bolling guest-hosted.