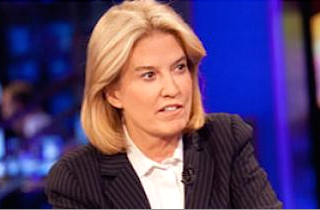 On The Record with Greta Van Susteren was the lowest-rated show in the prime time 25-54 demo on Fox News Friday evening, pulling in just 133K viewers. By contrast, The Five was #1 273K and The O’Reilly Factor was second with 235K.

In the 7 p.m. time slot, Greta Van Susteren trailed MSNBC’s Hardball with guest host Steve Kornacki, which had 149K viewers in the demo. CNN’s Erin Burnett Out Front was third with 83K. The Fox show did win the time slot in total viewers with 1.347M.