Friday Cable Ratings: The Five #1 in Demo and Total for All Cable News 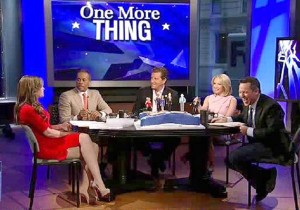 On a Friday night during which Fox News played mostly best of compilations and reruns in primetime, The Five at 5 p.m. ET was the highest rated show in both the 25-54 demo and total viewers across all of cable news.