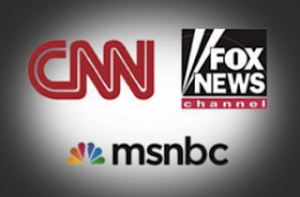 The Fox New Channel’s live coverage of the terrorist attacks in Paris Friday night garnered the highest average of total viewers of the night. However, CNN earned the highest numbers among the key A25-54 demo, as well as its biggest total viewer number and total day averages since the Republican and Democratic debates.

According to Nielsen Research, FNC’s ratings peaked during the 8 p.m. ET hour with 4.9M total viewers. This occurred during anchor Shepard Smith‘s last hour on the air before fellow anchor Megyn Kelly took the reigns at 9 p.m. ET. The network averaged 3.8M total viewers from 4-11 p.m. ET, and 4.4M total viewers and 1.2 million in the key A25-54 demo during 8-11 p.m. ET. Overall, it was FNC’s highest primetime numbers since the Republican debate.