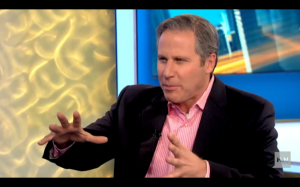 Vinnie Politan, host of HLN’s Prime News, rebounded nicely from a Tuesday night low of 45,000 viewers in the 25-54 year-old demo to capture his second straight second-place finish in the 6 p.m. time slot, besting Al Sharpton and John King with 208,000 demo viewers on Friday night (he pulled an impressive 204,000 on Thursday). In fact, Politan’s demo numbers were behind just Rachel Maddow‘s for the highest among non-FOX News shows. He had better numbers than any show on HLN and CNN, and even took down the mighty MSNBC late-night specials among the 25-54 year olds.

Other fun from Friday: