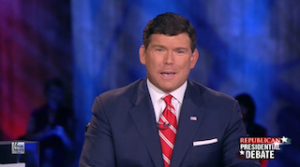 Friday nights are always a little screwy in the ratings world, with MSNBC trotting out specials at 10 p.m. and 11 p.m., and some hosts opting to cede their spot behind the desk to a guest anchor. On top of all that, it’s Friday. People go out, see movies, do stuff that tends to be a little more fun than sitting at home, watching a cable news repeat. In other words, take the Friday ratings with a much larger grain of salt than you normally would on any other night.

Still, at 6 p.m., who’s to say people aren’t getting dressed and showering as Bret Baier plays in the background? The Fox News anchor pulled in 436,000 viewers (in the 25-54 year-old demo) Friday evening, which was good for third place on the night (behind Bill O’Reilly and Sean Hannity). His overall numbers are even more impressive — Baier and O’Reilly were the only hosts on Friday night to draw over two million viewers.

Some other Friday night nuggets: