Ft. Hood Soldier to CNN: ‘People in Jail Have a Better Life’ than Us
video

Ft. Hood Soldier to CNN: ‘People in Jail Have a Better Life’ than Us 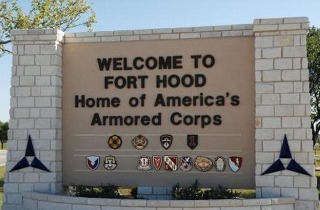 An unnamed Ft. Hood solider, speaking to CNN anchor Brooke Baldwin, said that she did not blame the man accused of shooting dozens at the base on Tuesday night for the actions he took. She said that Ft. Hood is a “black hole,” that the soldiers stationed there do not make enough money to maintain their sanity, and that the base’s quality of life is not as good as that of inmates in American prisons.

“It’s a pretty chaotic state,” the unnamed solider said, confessing that Ft. Hood was really not “the great place” the personnel who staff the facility say that it is.

“This place is definitely a black hole,” the solider continued. “Until we have people sit up and say, ‘Hey, there needs to be change here,’ we’re going to continue to have incidents.”

“What about Ft. Hood is that bad?” Baldwin asked.

“People in jail have a better life than a lot of these soldiers here,” the anonymous solider confessed. She said that few know how difficult it is to “keep your sanity here.”

She added that base officials and military personnel in the Pentagon should be more focused on the quality of life soldiers have at Ft. Hood. “We lose our sanity knowing that we don’t get paid enough to work as much as we do,” the solider continued. “I could be flipping burgers right now and make more money.”